Bologna’s Lowlands are changing rapidly. During the last twenty years the “Bassa” has experienced a population growth never seen before in its long history. During this period the population has doubled and its identity is transforming. This photographic project hopes to contribute towards the debate on the sustainable development of the Lowlands and its emerging new identity. Urban Spread is a global phenomenon. The gradual urbanisation of land around our cities, their hinterland and what eventually become satellite towns is caused by many factors, not least market trends and variations in the prices of land. Even though Europe’s population is growing slower then that of other continents, in the last couple of decades, the European urban/rural divide is becoming evermore difficult to define as many urban dwellers choose to live beyond the suburbs, thereby pushing and blurring suburban edgelands.
New ‘Metropolitan Areas’ are developing around Europe’s cities, their satellite towns and along our main transport corridors. Consequently, local authorities are seeing their traditional roles change as the metropolitan areas expand both beyond and into their boundaries.
This project, part of a larger European study, aims to be a useful contribution in the debate, both local and international, around future sustainable urban/rural development. 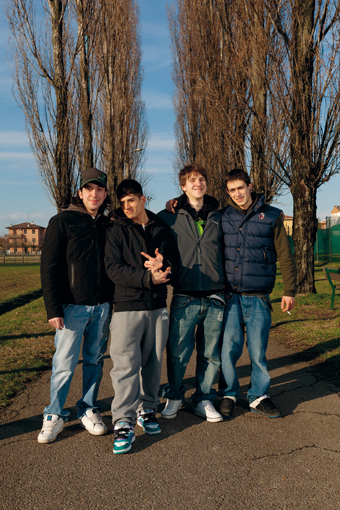 Marco P, Lorenzo B, Stefano S e Lorenzo C were all brought up in Funo or Castel Maggiore although they were born elsewhere. They do not identify themselves as either ‘country lads’ or ‘urban citizens’. One of them told me: “we are like so many others; ‘suburban youth’” 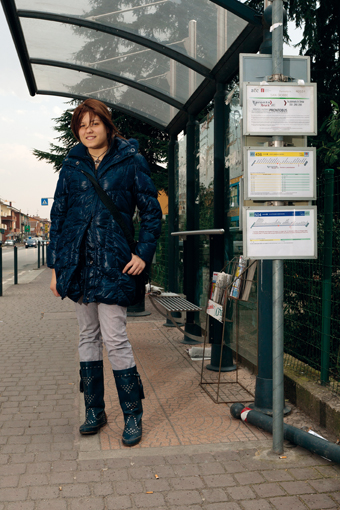 Francesca A. was born in Calabria and moved to the area in 2009, where her sister also lives. She studies in Bologna University but lives in Funo, where she also works part time, mainly because rent is cheaper. “Here evenings are dead and there’s no transport to get back from the city at night, apart from that it’s fine”. 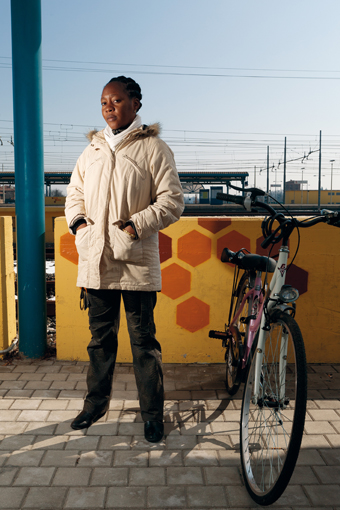 Olawumi O. is from Nigeria and joined her husband in Italy two years ago. Despite a Masters in economics, she is currently unemployed. “Recently my husband was also made redundant after seven years working in the same factory. Given the current laws, we now risk expulsion from Italy.” 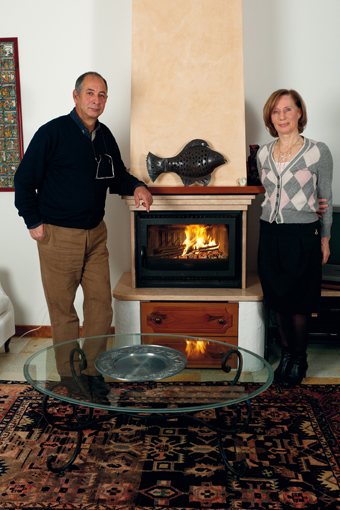 On retirement Bruno S. and Silvana L. moved from Bologna to a renovated farmhouse in the country, but found life there too isolated. They are now living in a new semi-detached in Funo: “A happy compromise” 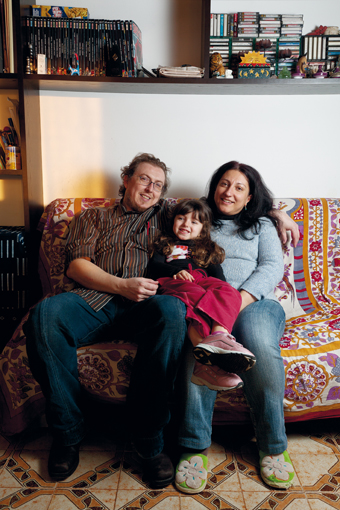 Andrea was brought up in Funo from the age of 5 years, After his studies he left the area, returning when he started a family (in the photo). “Many young couples come here to buy their first home, they are less expensive then in the city, life is less hectic and the services are good”. 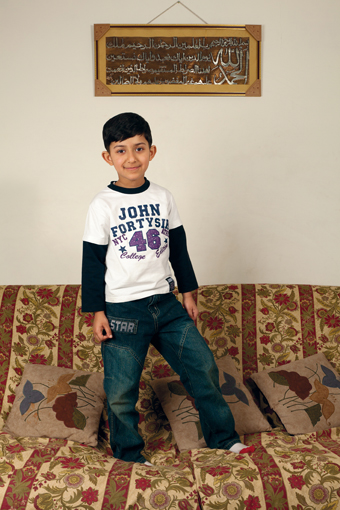 Haroon M. (6 yrs) and his two younger brothers were born in Italy and speak Italian with a strong local accent. His parents came from Pakistan 12 years ago. “I speak better Italian then my parents. It’s a problem - they can’t help me with my homework!” 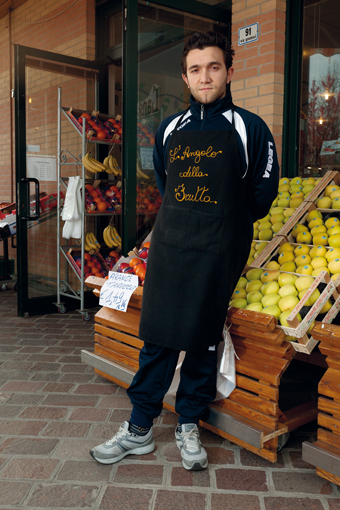 Giuseppe is originally from Naples, while his wife is local. “Now, there are less small shops in Funo even though the town has doubled in size since I moved here ten years ago; many people tend to shop more in supermarkets even though the products are of inferior quality.” 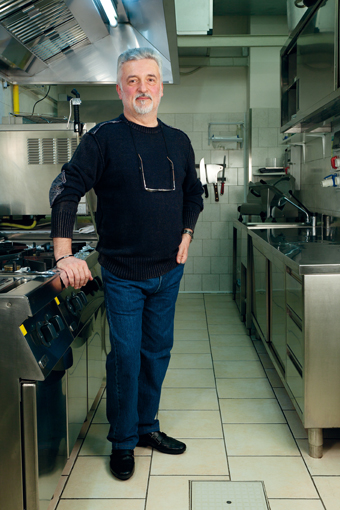 Claudio Z is originally from Bologna. Five years ago he decided to move his restaurant, Il Bischero which specializes in Tuscan cuisine, to the lowlands. “There is a strong local culinary tradition here. But the population is changing and, with it, their culinary curiosity, anyway many come here from the city.” 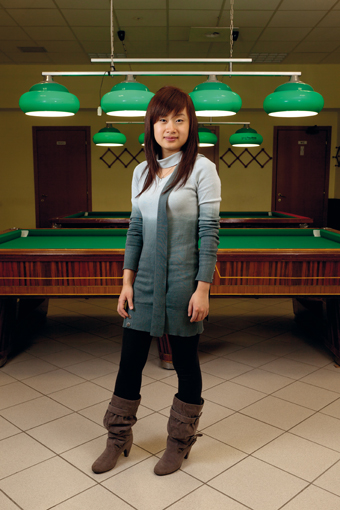 Monica’s (Xixi W.) family bought “Bar Tarola” in Funo a year ago. Originally from Zheijiang Province in China, she has lived in Italy since the age of six. “We keep the bar open for twenty hours a day, it’s a meeting place for all ages and all nationalities”. 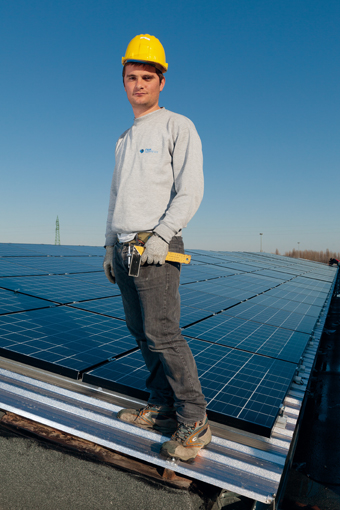 Artur C. was born in Albania and now lives in Faenza where his company, specializing in solar Energy systems, is based. “The system we are mounting here at the Interporto (Bentivoglio) is huge, it could easily provide all the Energy needed locally”. 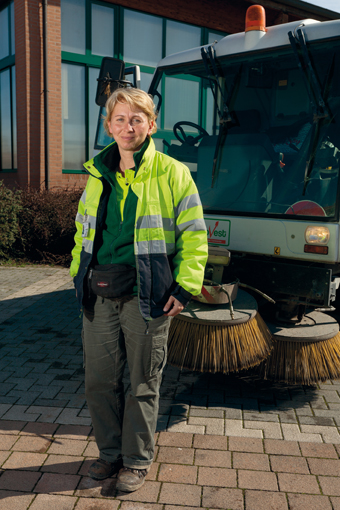 Cinzia C. has lived in the area all her life. “Sure, I’ve seen things change. When I was a child practically none of this (Funo) was here. The growth has also meant we have to provide more and improved services”. 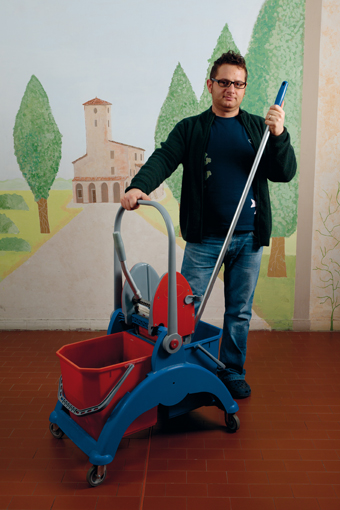 Giuseppe S., born in Sicily, came to the area to study in Bologna University eventually obtaining two degrees. Recently married he bought a flat in San Giorgio. He originally wanted to be a teacher. “The only way I could get a mortgage was to have a full time contract - the only one available in a school in this area was as a school caretaker.” 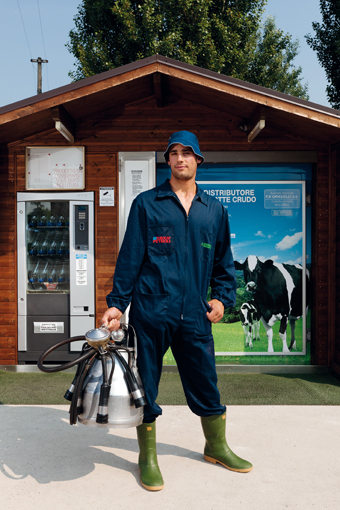 Andrea G.'s family farmed in the lowlands for three generations. “Not many of my generation want this job, the hours are endless and money scarce. We always have to invent new solutions. I recently opened this fresh milk distributor - have to see how it works out ”. 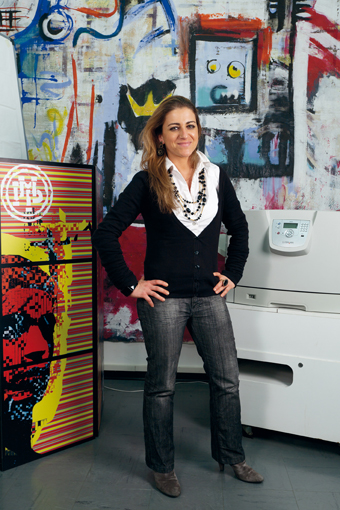 Antonia A. lives in Parma, where she studied, and commutes by train (3hrs return) to Funo where she teaches twice weekly. “The Fashion and Style” course held here is run by a state institute although Centregross is a private enterprise. If I found a full-time job here, I would probably live here although the transport infrastructure could do with improvement”. 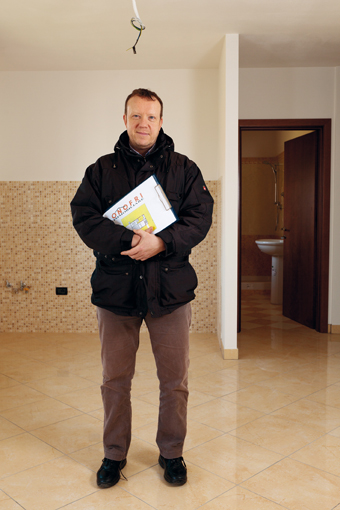 Roberto O. lives and works in the lowlands as a real estate agent. “Young people are increasingly interested in new technology and the ecology, there is a growth in demand for eco-homes. However, there is also a crises; it’s no longer possible to buy a home on mortgage alone.” 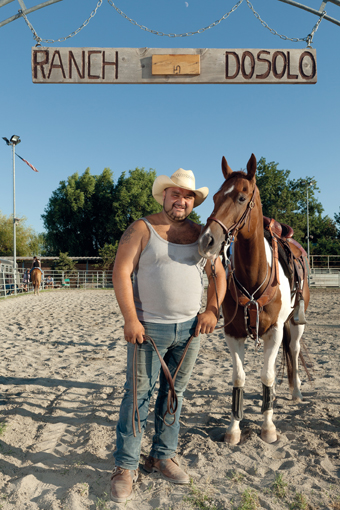 Luigi B. runs Ranch Dosolo with his wife. “We started out nine years ago and still have a real passion for this sport. This style of riding is still relatively unknown but is becoming more popular. The people who come here mainly live in the area but we have a few who come from the city, too”. 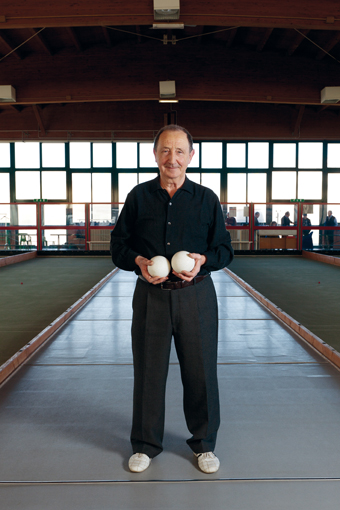 Lino A. was born in Budrio but has lived in Funo with his wife since 1970. “Funo has seen a development you won’t find in towns elsewhere in Italy. In a few years we’ve grown from 500 to 6000 to 7000 people. We’ve got all we need but it’s also true that the countryside has changed a lot; when the people worked the land they had a different rapport with it, they felt a deeper bond.” 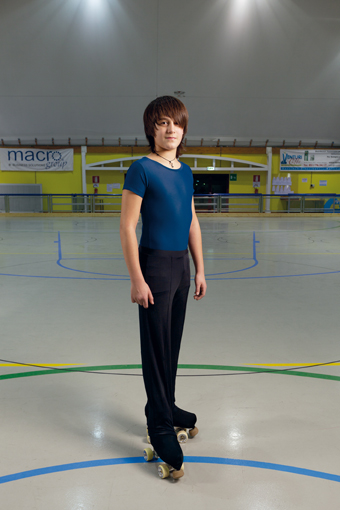 Nicolas F. comes to Funo for his rolling skate course three times a week from Cesena, a round trip of 220km. His mother told me: “We come here because Nicolas’ instructor is one of the best in Italy. All towns have buildings of one sort or another, what really makes the difference between the towns is the people in those buildings.”

Softwood plantation near the banks of the Reno river. Volta Reno, Argelato

This website uses cookies to improve your experience while you navigate through the website. Out of these, the cookies that are categorized as necessary are stored on your browser as they are essential for the working of basic functionalities of the website. We also use third-party cookies that help us analyze and understand how you use this website. These cookies will be stored in your browser only with your consent. You also have the option to opt-out of these cookies. But opting out of some of these cookies may affect your browsing experience.
Necessary Always Enabled
Necessary cookies are absolutely essential for the website to function properly. This category only includes cookies that ensures basic functionalities and security features of the website. These cookies do not store any personal information.
Non-necessary
Any cookies that may not be particularly necessary for the website to function and is used specifically to collect user personal data via analytics, ads, other embedded contents are termed as non-necessary cookies. It is mandatory to procure user consent prior to running these cookies on your website.
SAVE & ACCEPT